I believe that if you have problems, as a woman you deal with them, you don’t play victim, you don’t make yourself look pitiful, you don’t point fingers. You stand and you deal. You face the world with a head held high and you carry the universe in your heart.”

“When we do the best we can, we never know what miracle is wrought in our life, or in the life of another.” – Helen Keller

“If you obey all the rules, you miss all the fun.” – Katharine Hepburn

“Life is not measured by the number of breaths we take, but by the moments that take our breath away.” – Maya Angelou

“Being an intellectual creates a lot of questions and no answers. You can fill your life up with ideas and still go home lonely. All you really have that really matters are feelings. That’s what music is to me.” – Janis Joplin

“If you don’t like being a doormat then get off the floor.” – Al Anon

“Whatever you do, be different – that was the advice my mother gave me, and I can’t think of better advice for an entrepreneur. If you’re different, you will stand out.” – Anita Roddick

“A woman is like a tea bag – you never know how strong she is until she gets in hot water.” – Eleanor

“A woman is like a tea bag – you never know how strong she is until she gets in hot water.” – Eleanor

“I know God will not give me anything I can’t handle. I just wish that He didn’t trust me so much.” – Mother Teresa

“Destiny is a name often given in retrospect to choices that had dramatic consequences.” – J. K. Rowling

“I could not, at any age, be content to take my place by the fireside and simply look on. Life was meant to be lived. Curiosity must be kept alive. One must never, for whatever reason, turn his back on life.” – Eleanor Roosevelt

Mother Teresa – Through her organization ‘Missionary of Charities’ in India, she provided love, food and shelter to the sick and poor for 45 years. She also received the Nobel Peace Prize. (Photo credit: pinterest)

“The day will come when men will recognize woman as his peer, not only at the fireside, but in councils of the nation. Then, and not until then, will there be the perfect comradeship, the ideal union between the sexes that shall result in the highest development of the race.” – Susan B. Anthony

“We ask justice, we ask equality, we ask that all the civil and political rights that belong to citizens of the United States, be guaranteed to us and our daughters forever.” – Susan B. Anthony

“I’ve come to believe that each of us has a personal calling that’s as unique as a fingerprint – and that the best way to succeed is to discover what you love and then find a way to offer it to others in the form of service, working hard, and also allowing the energy of the universe to lead you.” – Oprah Winfrey

“A strong woman understands that the gifts such as logic, decisiveness, and strength are just as feminine as intuition and emotional connection. She values and uses all of her gifts.” – Nancy Rathburn

See More  11 Habits of Successful Women | Life, To share and Things to 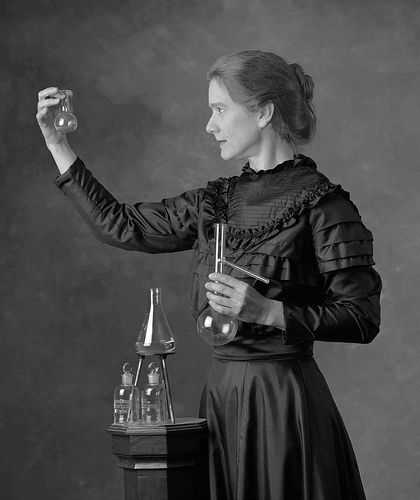 Marie Curie was a woman before her time. Born in 1867, in Poland, she was a genius in physics and in chemistry; she is the first woman ever to receive a Nobel Prize and the only woman in history to receive two Nobel Prizes. Marie Curie (Photo credit: pinterest)

“A woman is the full circle. Within her is the power to create, nurture and transform.” – Diane Mariechild

“I want to do is because I want to do it. Women must try to do things as men have tried. When they fail, their failure must be but a challenge to others.” – Amelia Earhart

“Just watch, all of you men. I’ll show you what a woman can do…I’ll go across the country, I’ll race to the Moon… I’ll never look back.” – Edna Gardner Whyte

“The best protection any woman can have … is courage.” – Elizabeth Cady Stanton

“We must believe that we are gifted for something, and that this thing, at whatever cost, must be attained.” – Marie Curie

“Woman must not accept; she must challenge.She must not be awed by that which has been built up around her; she must reverence that woman in her which struggles for expression.” – Margaret Sanger

“A woman with a voice is by definition a strong woman. But the search to find that voice can be remarkably difficult.” – Melinda Gates